Oddly fitting, Lightning getting in on "Black Friday" sales events

Share All sharing options for: Oddly fitting, Lightning getting in on "Black Friday" sales events 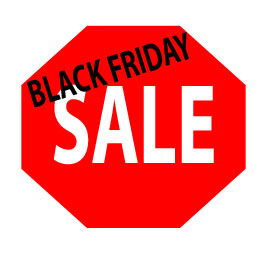 There are technically two holidays this week in the United States. One being our annual giving-of-thanks for a plentiful harvest, and the other being our homage to retailers across the land in preparation for Christmas.

Yeah, I'm alluding to Black Friday, where retail companies pull out all the stops in order to try to get you to part ways with your money.  A lot of companies take pricey goods and slash prices to the bone for a limited number of hours.

What does this have to do with hockey?  Why the heck would we mention it on a Tampa Bay Lightning web site?  Well, below the fold you'll find that the Bolts have gotten into the act and will be actively involved in Black Friday sales this year as well as other events tied to games at Times Palace in the coming days and weeks.

A deal's a deal, though.  If you're not standing in line at 4 AM at Wal-Mart or another retailer planning to savage you with low prices on Friday...  Well, there's another option if you're shopping for a hockey fan.

[Note by John Fontana, 11/23/09 6:15 PM EST ] Edited the image so you could actually see the sales stuff that was cut-off on the original post.  It's on the right hand side of the graphic.