All right, I admit it, I think they proved to be better than expected.  It's traditional!  It's new!  It's hip!  It was a pleasant change that beats the heck out of the same-old, same-old doggone it and I'm proud of'em!  You hear me?!  I'm proud of them! 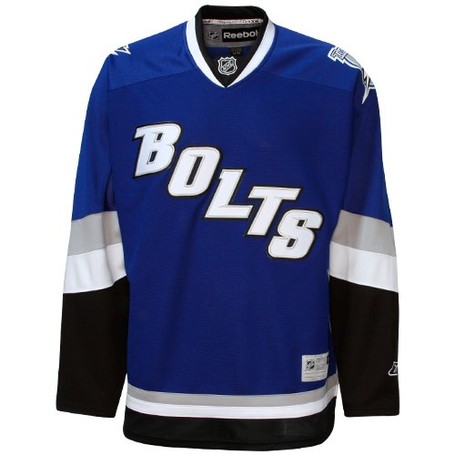 Yeah, this is supposed to be a hockey blog and not a fashion blog...  but seriously...  The blue is fresh as the primary color for the Lightning jersey.  The stripped sleeves invoke more classic NHL sweater designs as compared to the slanted-sleeve look on the Lightning's current home and away sweaters.  The colors also don't get lost, blending together like they do on the current home (dark) sweater, where black dominates and blue on the sleeves is almost lost...  That and the white is hidden under most players gloves.

And what's even better?  They made you almost forget about the franchise previous attempt at an alternate sweater: 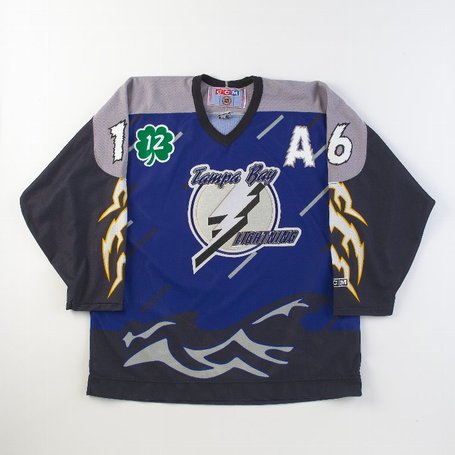 Of course my dream-of-dreams would be to replace the black-smock of a home jersey with blue 3rd jersey, but of course with one slight alternation: 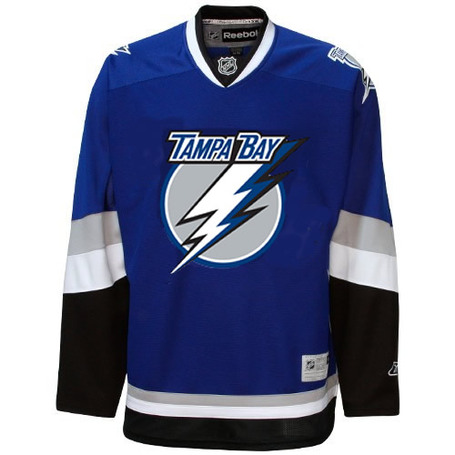 ...get the crest on there and not the team nickname (and note, the piping was not intentionally erased from this concept).  I thought that was the weak part of both the Lightning and the Ottawa Senator's alternate jersey, that the crest was replaced not with an alternate crest, but with text.

Then again, that could have been worse too...  They could have used 'Ning instead of Bolts.