A day after Stephane Veilleux inked a deal with the Tampa Bay Lightning, another former member of the Minnesota Wild joins the show in Tampa.  Defenseman Kurtis Foster has been signed.

Foster has bounced around in his career -- drafted by the Calgary Flames, broke into the NHL with the Atlanta Thrashers and then earned playing time in Minnesota.  Last season was cut substantially short due to a broken leg sustained at the close of the 2007-08 campaign.  He did make it back for the end of the season but played only 16 games between Minnesota and the Houston Aeros of the AHL.

Foster has a cannon of a slap shot, though it missed its mark more times than not.

This move looks to be specifically for depth.  Veteran depth at that.  It also increases the necessity for the Bolts to make a move with some of it's blue-liners who are not able to pass through waivers if they were to be sent to AHL Norfolk. 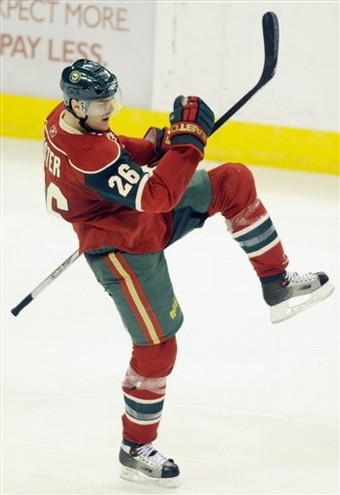