Summer Fill: A few questions for the Detroit Red Wings

Share All sharing options for: Summer Fill: A few questions for the Detroit Red Wings

Here on SB Nation, some of the hockey bloggers have decided to temper the off season by posing questions to each other about our teams - a roster aspect, a quirk, an ongoing controversy, whatever.  The pairings were determined by reverse-order-of-conference-finish to the regular season standings.  That paired Raw Charge with SB Nation's Detroit Red Wings blog, Winging It In Motown. 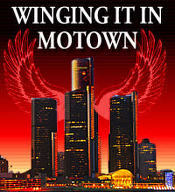 This is a cross-blogging deal, and of course Christy and company will be posting questions they posed us about the Lightning and our answers later, and we'll be linking over there for that in due time. UPDATED:  You can now read Lightning related questions and answers posed to us here.

We only had a few questions for the Stanley Cup finalists and they were not so much about the on-ice product.  While the saga of Jiri Hudler plays out in the media as the story of the Red Wings, we came up with something else that plays out all too regularly with other hockey teams through the league.

Just not usually for members of the fabled Original Six teams.

Question: The city of Detroit is one of the most historic sports towns in the US.  With the Tigers, Pistons and Lions having storied pasts to compliment the Red Wings...  And during down years, the fans tend to remain loyal and devoted (though understandably critical of the franchises' direction).  But "Hockeytown USA" has been one of the hardest economically hit areas in the country during this economic downturn.  In June, the city's unemployment rate was 23% by some accounts.

As one of the NHL's marquee franchises, how has Detroit's economic situation affected the Red Wings?  How is the overall health of the franchise?  How are season ticket sales going in the midst of such an economically hard-hit area?   What might be the consequences for the Red Wings if Detroit's local economy does not improve, and has ownership ever addressed this type of scenario?

Answer:  A few years ago, the Wings were struggling with ticket sales. They weren't selling out in the regular season or the playoffs and that's when people started talking about taking away the title of Hockeytown from Detroit. In fact, I wrote about it for my final paper in my Sport Economics class two years ago. But things have improved since then despite the economy worsening in Detroit. In the 2008-09 season, the Red Wings played to a 99% capacity crowd at Joe Louis Arena, averaging 19,865 people per game and third best in the league.

Fortunately the Wings are the most successful team in the Detroit market, which bodes well for them. The Detroit Pistons struggled this year on the court and off the court. Their five-year sellout streak ended in early February this season. The Detroit Lions snapped a 50-game sellout streak in October, failing to sell out for five of their last six games. As of July 19, the Detroit Tigers noticed a 20% decline in ticket sales from last season, seeing their season ticketholder numbers drop from 27,000 to 15,000. In comparison, the Red Wings sold out 29 of 41 home dates in the 2008-09 regular season, including 16 of the final 17 games. They sold out each of their home games during the playoffs.

It will be interesting to see how season ticket sales end up for this upcoming season. A lot of people have lost jobs over the last year and I would expect to see a lower percentage of ticket renewals this season as a result. Before the Wings sent out renewal ticket letters, Detroit's playoff promotion resulted in a 60% renewal rate. We obviously won't know the final numbers until the end of the summer at the earliest. So the economy has had and will continue to have an impact on the Red Wings, but I don't see that affecting how the Wings conduct their hockey operations. It will mean that they'll probably increase their ticket sales force and have to give fans more reasons why they need to attend Red Wings hockey games.

To my knowledge, ownership has never addressed this type of scenario to the public. The biggest consequence I can see the economy having on the Red Wings is the decision about getting a new arena. The Wings' chose not to renew the Joe Louis Arena lease with the City of Detroit -- it was set to automatically renew for 20 years if the Wings did not opt out. The two sides will work on a new lease, but they will have to figure out the length of the contract. The Wings would like to build a new arena, but this isn't really the right time to ask the city and its citizens for money to build a rink. The Red Wings will play at Joe Louis Arena for at least a few more years, but I think the Wings will have to ride out this economic downturn before they announce the building of a new stadium.