A Look At the Draft Lottery

Share All sharing options for: A Look At the Draft Lottery

With the season winding down, it's not too soon to just look towards the future! 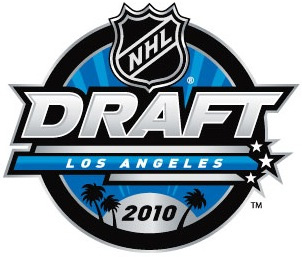 And with the Lightning yo-yo-ing at the bottom of the heap, we might as well just jump right into the Draft Lottery which takes place on April 13th.

This not a draft preview, trust me we'll have tons of time to discuss if we can name any of the prospects other than Taylor or Tyler, this is just the nuts and bolts as to how the draft lottery works

The last day of the NHL regular season falls on April 11th, and right before the start of the Stanley Cup Playoffs on the 14th, we get the NHL Draft Lottery Draw on the 13th

So how does it work?

The way the teams are picked are done with a lotto ball system. The basics behind it is that there are 14 balls, numbered 1-14. A draw is made with 4 lottery balls to create a code sequence of 4 number which was preassigned to the 14 teams according to a probability chart. There are 1001 possible combinations of the lotto balls, with 1 combination deemed null to make the %'s fair. As each pick is made the order of rankings get re-adjusted by one.

TSN has the percentage chance of an NHL team being selected in the Draft Drawing (different from the chance at landing first overall pick, that's below) if you are interested.

But there are also a couple rules:

Only the 5 top teams in the draft picking will have a shot at the 1st draft pick and Edmonton can pick at worst in 2nd spot (only can drop 1). They each get allocated a certain % chance of "winning the lottery"

The Oilers who are so far below everyone else in the league are almost guaranteed to be sitting in last spot, so they are almost a given to get first pick in the lottery. That doesn't necessarily mean they'll pick first, because since 1995, only 6 times out of the 14 times the lotto has been held (ignoring the year after the lockout) has the worst team actually picked 1st in the draft. If another team picks first, as per rule #2, Edmonton can only drop down to 2nd pick.

The rest of the teams, the Leafs in 29th with 64 pts to the NYR in 23rd spot with 71 points will fluctuate in lottery order more in the next couple days as the next few games get played.

TSN will air live coverage of the 2010 Entry Draft Lottery on Tuesday April 13th at 8pm ET on TSN.

*Last year's TSN coverage was aired on the NHL Network and I assume it will be again this year, but I was not able to find confirmation at the time of writing