Saturday morning, the future of the Tampa Bay Lightning was witnessed with the kick off of the 2010 Lightning Development Camp, an annual event designed to give prospects exposure to new skills and to make improvements.

Fans trickled into the morning on-ice session, which began around 9:00a. This first session focused on skating and individual technique. Each session lasted 45 minutes, and was repeated verbatim with Groups 1 and 2 (see Camp Roster).

Before the afternoon session, we were able to see a bit of talent from the much-discussed draft pick, Brett Connolly, as well as Dana Tyrell and James Mullin as they took shots against goalies Dustin Tokarski and Zane Kalemba.

The evening on-ice session, starting at 4:30p, emphasized collective team effort, including line relays and shots on goal (piquing interest by introducing pucks!). The crowd was improved for the second session, though not packed.

As Head Coach Guy Boucher underscored in an interview with Damian Cristodero, the purpose of the camp is to teach skills and develop players, not to hold try-outs for prospects:

"This is not a training camp," Boucher said. "It's not a week where they have to show us what they can do. It's a week to learn some skills they haven't seen or haven't seen enough of. The whole week is aimed at giving them some tools, on-ice tools and off-ice, to figure out that the pro level is a different level than they have been playing at." (St. Petersburg Times)

If you're local, and interested in going, it's a worthwhile experience, even if you're just stopping by for an hour or so. The camp will conclude on Wednesday, July 14 with a final scrimmage--the "Young Guns Game"--from 6:00-7:15p. Be sure to attend the scrimmage and following Q&A session, featuring new GM (and genius), Steve Yzerman. (See full information for Wednesday here)

See more photos from Day 1 after the jump! 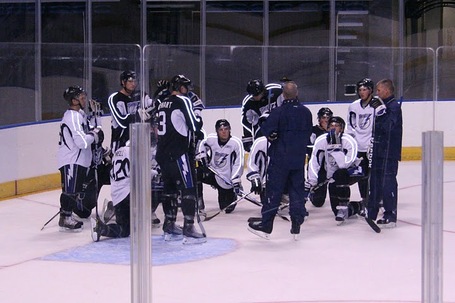 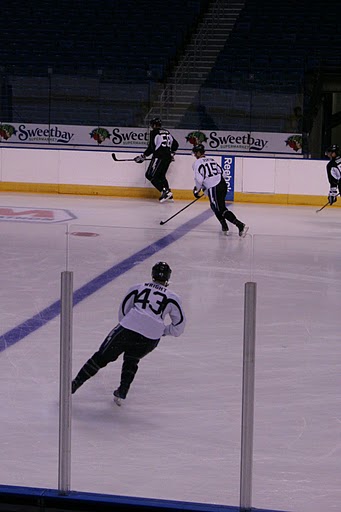 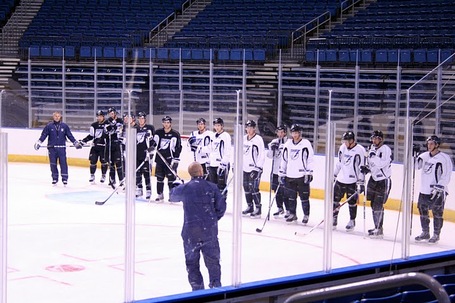 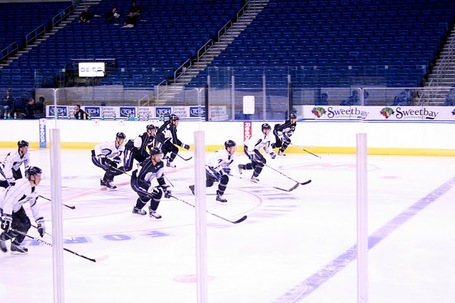 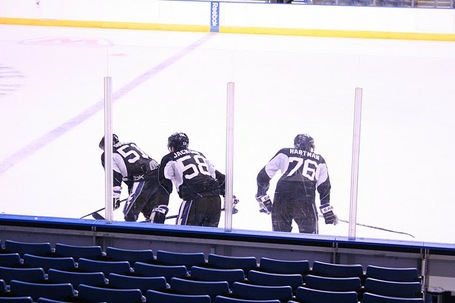 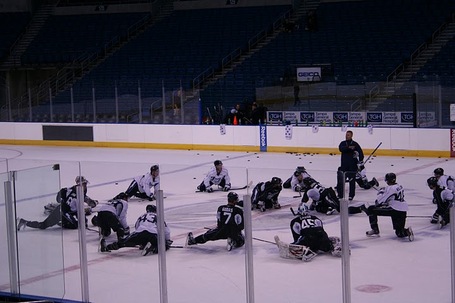