In Praise of the Finns

Share All sharing options for: In Praise of the Finns

Those of you who listened to me babble my way through the World Junior Championships know I have a fondness for Finnish hockey. It was recently brought home to me that some people--I'm not naming any names, but you know who you are--don't quite have a proper grasp on the subject. And so, since no one asked, here is how to apprectiate the awesomeness that is Finnish hockey, in four easy lessons.

Lesson #1: Finland is not Sweden. It is, in fact, an entirely different country. 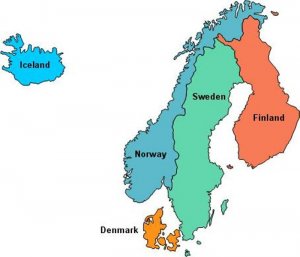 In the hockey sense, this means that the Swedish Elite League (SEL) is not the same as the top Finnish professional league, the SM-Liiga (Suomen mestaruus liiga, or "Finnish Championship League"). Depending on who you talk to, the SM-Liiga is either the second or third best league in Europe, after the SEL and the Kontinental Hockey League (KHL). [I'd say #2 for goalies, #3 for others.]

Translating difficulty from one league to another is no science, and, as far as I've been able to discover, there has only been one systematic attempt to do so. In 2005, using historical data (although it's unclear what years this data covers), Gabriel Desjardins compared per game production for players who made the jump from various feeder leagues to the NHL. He calculated that the SM-Liiga had a difficulty rating of .54, making it the 3rd in the European leagues behind the KHL (.83) and the SEL (.78). For comparison's sake, the AHL had a difficulty rating of .44.

There are some problems with this methodology. For instance, we don't know if this included the lockout year, when a lot of NHL players played in European leagues; it doesn't really take into account how many of each league's players don't go into the NHL; and nor does it take into account league structure, age, player roles, or other factors. Moreover, it is a comparison of skaters only. And--critically important caveat here--it hasn't ever been updated. So it's kind of a one-time snapshot of how easy it was to score in some leagues compared to others. Things change over time and in the six years since it's been done, the Finns, the Swedes, and the Russians have all invested heavily in their hockey programs at all levels.

In the end, while we have no way to know the exact relationship between the SM-Liiga, the other European leagues, the AHL, and the NHL, it's fairly safe to assume a broad equivalency between the top tier of Finnish professional hockey and the AHL. The SEL and KHL are still likely stronger leagues.

Lesson #2: International play matters to Finnish hockey players. The Finns are the 2nd highest ranked men's national team and the 3rd highest women's national team, according to the International Ice Hockey Federation (IIHF), which oversees international competition. When the men's team won the World Championship in May, the entire city of Helsinki apparently got drunk and jumped in a fountain. Estimates indicated that nearly half the population watched the Gold Medal game.

The U-20 team placed fourth in the WJCs earlier this month, after coming within a shootout goal of playing for the gold. Don't say this didn't matter to the stoic Finns.

International play matters enough that the SM-Liiga starts its season in September and awards its championship in April so that all players are available to the national team. There is a break in the season around the middle of November and two weeks around the end of December set aside for international competition.

Lesson #3: The Finns produce some amazing goalies, which is really all one should have to say in favor of a national hockey program. (I kid. Sort of.) There are 28 Finnish-born players who have played in the NHL this season. Seven of them (25%) are goalies.

Now, you may or may not have heard this, but the Lightning have a goalie prospect, one Mr. Riku Helenius, playing with JYP of the SM-Liiga (not the SEL). And this season his stats have been impressive. In 23 games (that is, as of Sunday night) Helenius had a .936 save percentage and a 1.52 GAA. He has six shutouts this season. He's been facing about 24 shots per 60 minutes, which would be low in the NHL. As I mentioned above, it's is very difficult to make comparisons between the two leagues, but one must assume that this success will at least earn him a discussion with the Lightning management.

Lesson #4: The SM-Liiga is a treat for the eyes. The following are highlights from Helenius's first shutout of the year, back in October. Our heroes are in black and red. [Since these are all goals, you won't see Helenius.] Warning: do not look directly at the referees.

Yes, those are ads on their butts. Also on every other conceivable part of their bodies, including their socks. There are ads on all the faceoff circles, on the net, and on the refs. Also visually arresting are the shiny golden helmets worn by each team's leading scorer. With ads.

Now, I'm not about to say that the Finns are better at hockey than any other people. But if you like a tinge of the underdog in your international favorites, you can't really go wrong cheering for a nation that has never been considered a hockey stronghold yet still manages to rather quietly produce some of the best hockey players in the world, all out of a population of 5 million people, or about the size of the Tampa-St. Petersburg area.