t's been a while since we talked about what's going on with the Lightning's team statistics. The last time I took a look at the numbers was at the end of December, around game 37. So maybe it's time for another update. This is going to be a bit of a numbers-dump, so bear with me, and I'll get to a real point in here. Hopefully, you won't feel too much like this when I'm done: 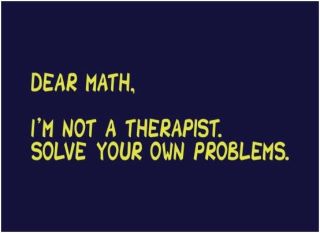 Since the New Year the Bolts have played fourteen games. In that time, they've gone 6-6-2, gaining 50% of possible points (14 of 28). Included in that span were both the longest losing streak (seven games) and the longest winning streak (five games) of the season. Fans are still asking what went wrong and whether it's been fixed.

I'm concerned about four categories of stats: puck possession, depth scoring, special teams, and goaltending. Some of these I've looked at before and some I haven't, but here I'm basically considering how things are developing in this second half of the season compared to the first half.

One thing that we need to keep in mind right now is that the better play we've been seeing over the past six or so games is a very recent development. Since the New Year, the team has won games at a the same rate they were in 2011. As of game 37, the Bolts were sitting at 17-17-3 and had gained fully half of the possible points. Then came seven games in which they gained only one point total and sat at 15th in the conference temporarily. While they have won six of the last seven, they're not that far removed from their darkest days.

So has anything fundamentally changed?

Over the past 14 games, puck possession has improved. Especially in 5 on 5 play, the Lightning actually are controlling the game more and getting more shots. Shots Against per 60 minutes of ice time have been decreasing gradually over the course of the season and that trend continued. Before the first of the year, the team was seeing 29.2 SA/60. In 2012, they've allowed 27.6 SA/60. If that trend continues, goals against will decrease even if goaltending doesn't improve.

More significant than the raw numbers, however, is the team's Shot Ratio. This is SF/[SF+SA], or Shots For as a percentage of all shots taken by both sides. Above 50% is good, and for the first time this year, the Lightning have achieved that over a stretch of games. There is no way to know whether that will continue to be the case, but wins tend to come when a team possesses the puck more.

As the team's better puck possession players--Marc-Andre Bergeron (CorsiRel 13.5) and Ryan Shannon (CorsiRel 10.4)--come back into the lineup, those numbers can hopefully be maintained. Victor Hedman's presence may make a difference, as he tends to face relatively tough competition in relatively tough situations and still has a positve CorsiRel (1.7). When Adam Hall comes back, he should be able to help in this area as well. Dana Tyrell will be sorely missed, though.

Secondary scoring has also improved somewhat. Naturally, the "Big Three" of Steven Stamkos, Martin St. Louis, and Vincent Lecavalier dominate the Lightning's scoring. That's as it should be. However, they can't be on the ice all the time, and other players have to chip in. It appears as though they are doing so, to an extent.

Aside from Bergeron, all of these players are producing at or above their career point-per-game averages, and most of MAB's production came very early in the season. He'd been playing hurt, of course, before he missed games, and that has to be factored in. I would like to see Downie and Purcell in particular pick up their scoring even more, but it has improved for both of them over the past 14 games.

Then there's the special teams. Bad news, I'm afraid. The Power Play has been worse in the New Year and the Penalty Kill hasn't been much better than it has all season. The team sits near the bottom of the league in three categories: power play percentage, penalty kill percentage, and shorthanded goals against. To be honest, I didn't have the heart to factor those awful, awful 8 SHGA into the awful, awful 13.7% PP to find out how bad it really is. And it appears that the Lightning are spending more time than the league average on the PK and more time killing penalties than they did before January rolled around.

There's not really much to say about goaltending these days. It appears to have stabilized, but that is mostly a result of less worry about who's going to be in goal than it is about what numbers they'll put up once they get there. In the 8 losses since Jan 3 (seven of which occurred in the first half of January) the team's save percentages were .855 overall and .859 at 5 on 5. In the 6 wins, they were .849 and .909. For the period as a whole, we're looking at .877 and .880. So while save percentage is a factor in the better play, it's certainly not the entire answer.

In fact, goaltending varies so much from game to game that it is literally impossible to draw substantial conclusions from a 14 game sample. Still, although the goaltending hasn't really gotten a lot better statistically, it comes closer to passing the eye test. Which is to say that Roloson and Garon look calmer, more controlled, and more confident right now than they did in the dark days of December and early January. They aren't going to steal the team any games playing the way they are, though. Only 4 times did either goalie put up above a .900 and two of those came in losses.

Given that the Bolts currently have the highest 5 on 5 shooting percentage in the league (10%) that's fairly worrisome. It's simply not sustainable and--even worse--it's largely the result of the work of Steven Stamkos and Marty St. Louis. Should either of these guys hit a cold streak the team will be in serious trouble. Again.

This makes keeping control of the puck even more critical. If only to keep it away from the other team.