43 of 48. That's the plan, at least. Sun Sports TV, the cable broadcast partner of the Tampa Bay Lightning, is to air 43 of the Bolts 48 games in this lockout-abbreviated 2013 NHL season.

Actually, that's not correct... Sun Sports will air 37 games this season while Fox Sports Florida - it's sister station, will air the remaining seven on the planned schedule. This is with thanks to schedulign conflicts with teh Tampa Bay Rays and the 2013 Major League Baseball season.

Inside The Lightning broadcasts are also set to resume with new content, and (via the press release about the schedule) the plan is for there to be pre- and post game shows for road games, with the broadcasts coming from Fox Sports studios in south Florida.

ll games will be available in high definition. 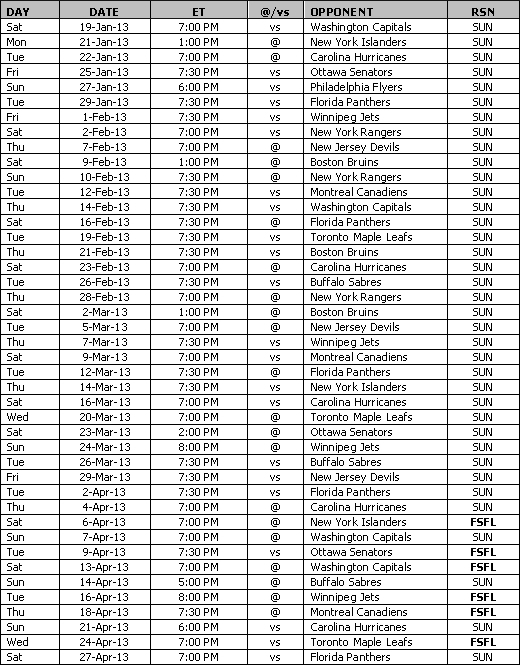