The ice has gone in at the Times Forum, and the @TBLightning twitter feed sent out pics yesterday. 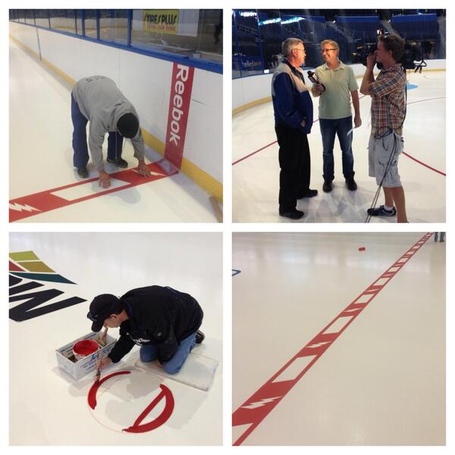 Tampa Bay Lightning, National Hockey League of Nations | Puck Daddy - Yahoo! Sports
The gang at LightningShout got the call to name the best Lightning players from "every" nation. They're right, though, that the Finns are criminally underrepresented. Not that I'm biased or anything.

Poll results: PHT readers say Martin St. Louis is on a Hall of Fame pace | ProHockeyTalk
BREAKING: Yeah, even I can't do that. I do remember, however, some truly dumb comments on the original post arguing that he was just not good enough. 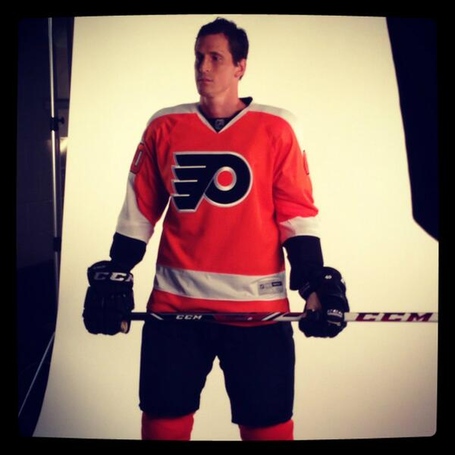 Pens’ Fleury on seeing sports psychologist: ‘It’s another tool’ | ProHockeyTalk
The fact that this is a story is proof that it's still August.

Finns to bring world-class goaltending to Sochi - Sportsnet.ca
Time to start getting everyone prepped for Finland's inevitable gold medal.

Ryan Miller’s Olympic mettle: After Crosby heartbreak, U.S. goalie craves 2nd chance at gold - Yahoo! Sports
In 2010, Ryan Miller had to accept the silver medal some 20 minutes or so after Sidney Crosby ended the US team's hopes for gold. I remember distinctly how he stood just a little apart from his teammates, clearly hating that moment. The air around him was practically vibrating. It was too soon, I thought. He had no time to adjust to that reality. It appears that, at least to some extent. three and a half years hasn't been enough time. It's a little sad, as so many American fans thought of him as the hero of the tournament. What's worse, I doubt he'll get the chance for redemption in 2014. There are just too many better options.

Rajala: The Realization That Sometimes The NHL Isn't For Everyone (Even The Good Ones)
The Edmonton Oilers let a great young forward prospect go last week, the third guy they've lost to Europe this offseason. And that brings up the question of how much the European leagues are competing with the AHL these days. They can offer some players more money, better opportunities, and, occasionally, the comforts of home.

To the AHL victors go the spoils: the Calder Cup and winners' shares of $12,000 | syracuse.com
In the AHL, players don't get paid for the playoffs. The league does, however, give the players a share of the playoff revenue, based on how far their team went. So how much did the Crunch make for the two months of work they put in? [Hint: it wasn't $12,000.]

Syracuse Crunch veteran defenseman J.P. Cote gearing up for his race against time | syracuse.com
"While Cote is likely designated for Syracuse, few players in any NHL camp will appreciate the preseason as much as him. It will mark his first NHL training camp since 2008-09, with Colorado."

As a new AHL season is about to begin, Grand Rapids reminds us of the glory that awaits at the end | syracuse.com
If you're a Crunch fan and also a glutton for punishment, these videos are for you. (They may also be used motivationally by Crunch coaches.

Local company Ephesus lighting the way for the Syracuse Crunch and the AHL | syracuse.com
Anyone who has watched AHL games via AHL Live knows that the lighting in a lot of these arenas leaves something to be desired. A local Syracuse company hopes to use the exposure it's getting from revamping the Crunch's arena to grow its business across the AHL.

NJ Devils financial mess was messier than you thought | Puck Daddy - Yahoo! Sports
Dirty laundry from the previous ownership. Someone's gotta clean out the closets after the old tenants move out, I guess.

Is Rob Scuderi past his prime and overpaid? | Backhand Shelf | Blogs | theScore.com
Daniel Wagner has some important reminders about using #fancystats in context.

Quality, quantity, and why hits and blocked shots are still important, no matter what advanced stats say | Backhand Shelf | Blogs | theScore.com
Daniel Wagner reminds us that there's a difference between what decisions a guy makes on a shift-by-shift basis and kinds of long-term trends you want to see in the counting data. 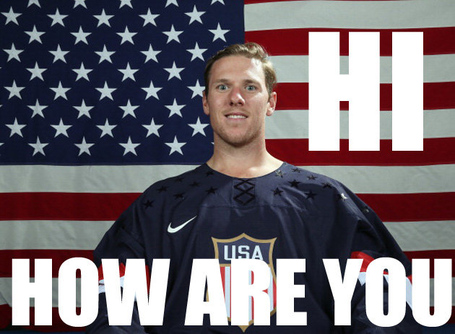 The 10 most spectacularly awkward U.S. Olympic glamour shots - Yahoo! Sports
You'd think the jersey would be the most awkward looking thing in the photo, but these guys are real competitors and came up big.