A few years ago, Puck Daddy ran a series about why bloggers love hockey. Raw Charge has decided to take that up asking that question of its own bloggers. The newest edition to the Raw Charge staff is the last entry in the series.

Over the summer of 2009, Puck Daddy was asking bloggers to contribute a post detailing five reasons why they love hockey. Recently, John Fontana pitched to the staff here at Raw Charge on resurrecting the once-popular topic through a series of posts. Raw Charge's neweset staff edition is the last entry in the series.

There are so many things to love about hockey. I started following the sport back in 2006 when I attended my first Tampa Bay Lightning game. It was against the Detroit Red Wings at what was then called the St. Pete Times Forum. It was an amazing experience, one that left me instantly hooked on the sport.

I have been watching ever since, through the good times and the...not-so-good times. So, why have I been unable to abandon the sport for, say, football or baseball? Like I said, there are many things to love. But, I'll stick to five of them.

Hockey players are very humble beings. They rarely get into trouble off the ice, and there are only a select few who try to cause trouble night after night on the ice. But, it's more than that.

Two weeks ago, I was able to participate in the events of Hockey Day in Tampa Bay. I participated in the sled hockey game with Lightning sled team, which is sponsored by the Lightning Foundation. A few former players-Dave Andreychuk, Chris Dingman, Brian Bradley, Chris Kontos, and Stan Neckar-joined us out on the ice. Yes, they played in sleds along with us. It was an incredible day, and after the game I had the opportunity to talk to Chris Dingman for a few minutes. He is one of the most down-to-earth athletes to whom I have ever spoken. It really left a lasting impression with me. 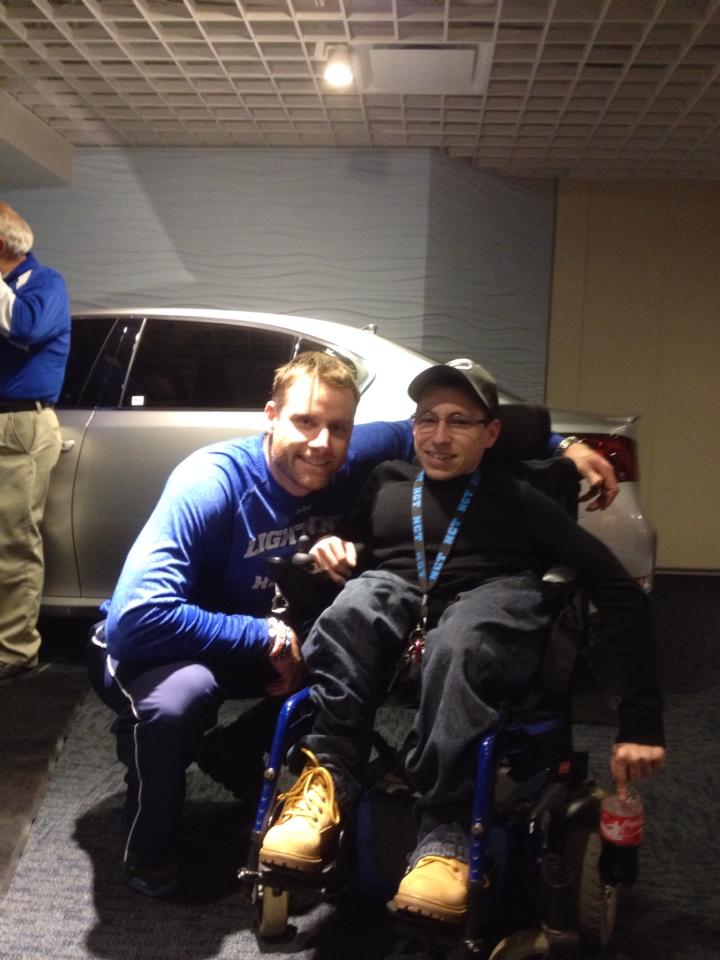 Hockey fans are a very tight-knit community. They are always willing to help each other learn a thing or two about the sport. Forums and fan sites are great places to go and just talk about the sport we all enjoy watching. I personally have learned a lot by visiting these places over the years.

They have respect for one another. Fans know not to stand up while the puck is in play even though there are no signs in the Forum forbidding such activity. Very rarely do you hear fans of rival teams spewing thoughtless remarks-"trash talk"-from the stands.

And, come on, who doesn't love to share a high five with a complete stranger after a goal is scored?

It is a very humid 80 degrees on an October evening as you stand in line to enter the Forum here in Tampa. Is there any better feeling than to be instantly cooled by air-conditioned temperatures in the 50s or 60s and watch a hockey game at the same time? Well, that is a difficult feeling to top.

The dull roar of the crowd is another great thing to witness, rising to a crescendo during the most exciting and tense times during a game. And, just look at the Tesla coils. 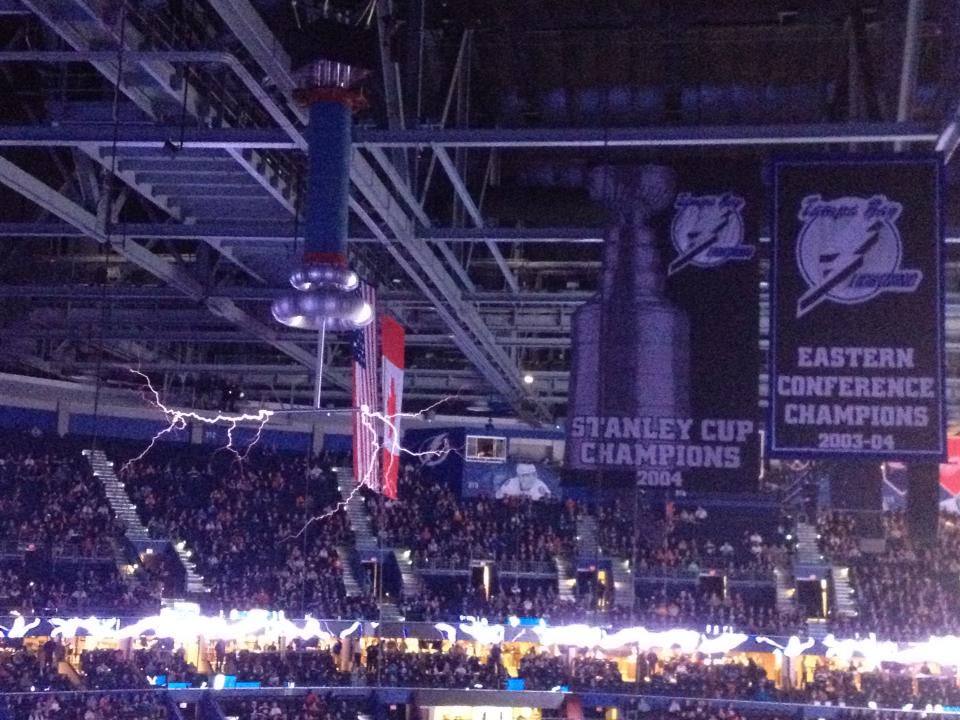 The Analysis and Learning of the Game

No, I don't mean the analysis you hear about on NBC Sports Network or NHL Network. I like really watching and analyzing little details about the game of hockey.

Now, I will admit that I do not know everything there is to know about hockey. There is always something new to learn, which I try to do with every game I watch. Over the years of watching the sport, and with the help of people on Twitter and other social media outlets, I have slowly improved upon recognizing certain plays and formations. I can tell when a play is going horribly wrong, a dreadful feeling in one respect but a rewarding feeling to know you are learning more and more each day.

Hockey is for Everyone

I thought it was important to present this section. It is something I am most proud of when I think how far the sport of hockey has come over the years.

Hockey is truly turning into a sport for everyone. Hockey Day in America highlights small, makeshift leagues around the country, which have become much more prevalent in the short time that I have been watching the sport.

The United States women's hockey team played in the gold medal game against Canada on Thursday in Sochi. They lost 3-2, in overtime, in a very tense battle with the Canadians. Even though they lost, it was amazing to see hockey fans come together on social media outlets such as Twitter and Facebook to support the women's team.

Finally, sled hockey would have to be my favorite thing when talking about how widespread hockey has become. I play the sport, though not as much as I used to, and it is amazing to see how far it has come in that short time.

Sled hockey was invented in 1971 in Norway, but it has a very strong presence in the United States, with the Buffalo Sabres, New York Rangers, and your own Tampa Bay Lightning sponsoring teams. The Lightning sled hockey team has even produced a Paralympian in Declan Farmer, who will compete for Team USA in the upcoming 2014 Paralympic Winter Games in Sochi starting March 7.

If you ever have the chance to witness a sled hockey game, I would definitely recommend it. These are not disabled people on the ice. These are athletes. And, for me personally, there is no greater feeling than forgetting about my physical impairment for a few hours to just play the game I love.