A long, crazy season ends too soon and Lightning fans finally get a chance to catch their breath. Let's help each other do that.

(WARNING: This is going to be something of a touchy-feely piece. If that kind of thing doesn't appeal to you, I understand, but I'd advise you to stop reading now and go elsewhere. That's as close as I'll get to an apology.)

How are you doing? I'm concerned about you. I'm concerned about us. Boy, the people who came up with the metaphors about peaks-and-valleys and roller coasters sure knew what they were doing, huh? A season that began with vague hopes for the abstract concept of "showing improvement" in a new, extremely competitive division that the most optimistic fans hoped might, might, pay off in competing for a wild card spot actually saw the Lightning in first place for a good chunk of the season and ended with them in second place with home ice in the first round of the playoffs. And yet, there seems to be a general feeling of anger and dissatisfaction, an edge of general nastiness, as everything culminates in being swept by the Montreal Canadiens.

First of all, if you're feeling angry, upset, sad, disappointed about how things came to a close rather than in a celebratory mood, you are not wrong to feel that way. You're emotional and that's good. Sports are supposed to inspire emotional responses. It's what every team in every league and every sport traffics in. Sure, they want you to come out to the game and then leave with a hat, two t-shirts and a belly full of hot dogs and beer, but what they're really selling is the experience that inspires emotional reactions. That's what brings people back, not easy access to overpriced souvenirs and junk food. If you're emotional about the Lightning not representing themselves well and getting bounced early as a result, it means you're passionate. That's good. It also means you have high expectations, which is also good. Reasonably high expectations ("22 straight Stanley Cups" = unreasonable, "Better next time" = reasonable) are healthy, at least compared to being satisfied with poor or mediocre output. 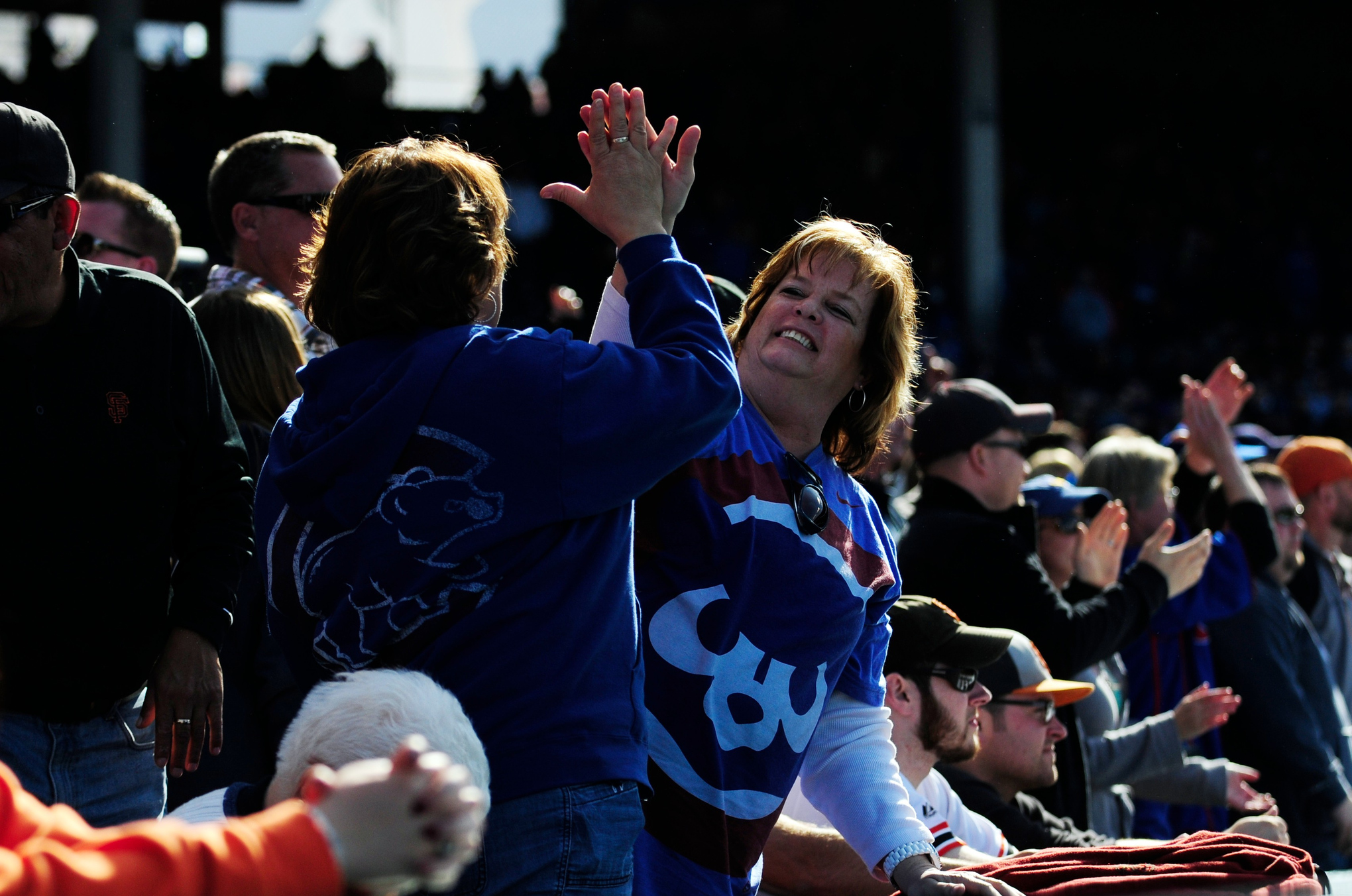 Secondly, it's no wonder if you feel like a bundle of scraped-raw nerves. In my opinion, this season has been the most tumultuous in the history of the Tampa Bay Lightning, something I never thought I'd say after Oren and Len packed up their hair care products and rode each other out of town. Here's the short list of what we've dealt with this season, in case you somehow forgot:

That doesn't even take into account the losing streaks, injuries and assorted mishaps that befall every team every year. Any one of those things by themselves would be a major source of stress. Lightning fans, players and staff were forced to deal with all of them within a relatively short time frame. That's going to take a toll. Unfortunately, it's manifested in the way that we as Lightning fans deal with each other. We're less tolerant and patient with each other at a time when we should, if not celebrate with each other, at least be supportive of one another.

One of the worst examples of our treatment of each other occurred a few weeks ago when someone asked Tampa Tribune beat writer Erik Erlendsson a question via Twitter about the possible return of defenseman Mattias Ohlund. Erlendsson's followers were ferocious in their response, ridiculing and belittling the fan for committing the unforgivable crime of not knowing something and having the audacity to ask a question about it. Granted, mean-spirited, over-the-top responses on Twitter are pretty standard. But most of these responses came from fellow fans, people who should have more in common with the uninformed guy than not. Erlendsson, caught off guard by the nastiness, apologized to the guy and deleted the question and all the responses.

I've seen some of that in the comments here on Raw Charge too. Differences of opinion that might have spurred nothing more than spirited-but-respectful debate have been responded to as personal attacks. Most of the writers and commenters here have been around for some time. This isn't strangers invading an online community for the sake of provoking discord, this is people who "know" each other and have gotten along just fine suddenly getting on each other's nerves. Now that this crazy season is over (as usual, before any of us would have liked it to end), we'll start to calm down and heal. We'll still be pretty raw for a while, though. With that in mind, I come to you today with some things to consider in your interactions with fellow Lightning fans.

I know this stuff not because I'm smart or in anyway superior and qualified to lecture, but because a big part of my job is dealing with upset people and I've learned over many years that these things are true. I've taken complaints on behalf of people who have screwed up in one way or another and they didn't care that I wasn't personally responsible. I didn't just take abuse like a punching bag but I also didn't try to convince them that they were wrong in an ill-advised effort to calm them. I let them have their say, told them I understood and, in some cases, that I shared some of their same frustrations and thanked them for sharing the feedback. Some say thanks, most hang up angrily and a few have told me to do things that are physically impossible without years of hot yoga training. Few of them ever call back and so far, none have called back as upset as they were the first time. I didn't take it personally and they got over it. Win-win as far as I'm concerned.

We don't have to hold hands and have group hugs while singing campfire songs, but we don't have to beat each other over the head either. Yes, it's been a long year with some really, really rough patches, but at the end of the day, we should be united in our common interests and that should be enough for us to treat each other a little better than maybe we have. That way we're all in better shape to deal with whatever madness comes our way next year.