Unless you've been living under a rock, you should be aware that the Ottawa Senators are considering a fire sale of a lot of their star players, including superstar Erik Karlsson. There have been dreams of many Tampa Bay fans of a Victor Hedman-Erik Karlsson pairing. The Senators haven't been shy about making big trades as of late (See Dion Phaneuf and Matt Duchene).

So what could Steve Yzerman give up to get Karlsson? That's the question.

First, let's look at the Matt Duchene trade made by Ottawa.

The Colorado Avalanche traded Matt Duchene to Ottawa Senators, Nashville acquired Kyle Turris from Ottawa, in exchange for Sam Girard, Shane Bowers, Vladislav Kamenev, Andrew Hammond, a Top 10 Protected 2018 first round pick from Ottawa (If Ottawa's pick falls in the Top 10, the 2018 pick becomes a 2019 one), Nashville's 2018 second round pick, and a 2019 third from Ottawa.

Colorado got 3 top 93 picks, a mediocre goaltender, a good young offensive defenseman, a potential middle six winger, and a potential second line winger in exchange for a center who averaged about 54 points per 82 games over the previous 3.2 seasons. 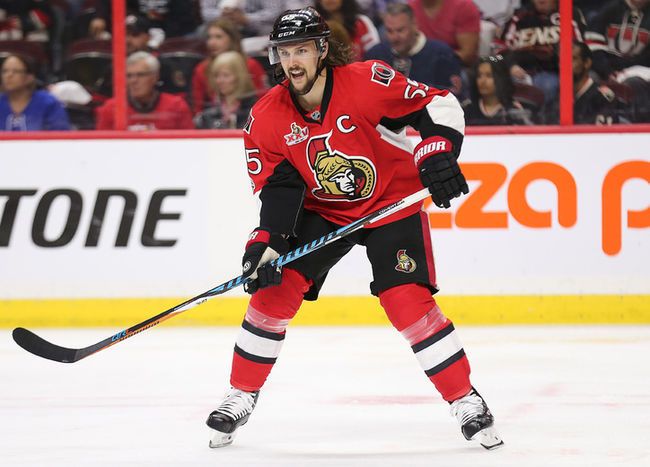 If the Avalanche could get that for Matt Duchene, imagine what the Senators will ask for Erik Karlsson.

To start, the Senators will ask for a first-round pick, a top prospect, and an NHL ready player. To satisfy these demands, the Lightning will give up a 2018 first round pick, prospect Libor Hajek, and Tyler Johnson. Tyler Johnson has a Full No-Trade clause that kicks in July 1st. So Tampa will have one chance to get out the contract and trade him (for an invaluable asset like Erik Karlsson).

Second, Ottawa will probably ask for another top prospect, another NHL ready talent, but younger, and another pick. Tampa will give up Anthony Cirelli, Slater Koekkoek, and a 2020 first round pick.

Third, Ottawa still may not be satisfied, so Tampa Bay will give up goalie prospect Connor Ingram and Ottawa now believes they have their goaltender of the future.

In conclusion, yes, Tampa Bay probably overpaid but at least they get something in return. They get a bona fide Top 3 offensive defenseman and possibly an upgrade offensively even giving up a forward for a defenseman. Yes, the Lightning will give $1.5 million in cap space this year and next year but the difference in talent between Johnson and Karlsson is greater than $1.5 million. Also, the Lightning now have two Top5 defenseman and a legit partner for Hedman (Either Stralman or Karlsson will play with him). I know this will never happen but it's fun to dream.